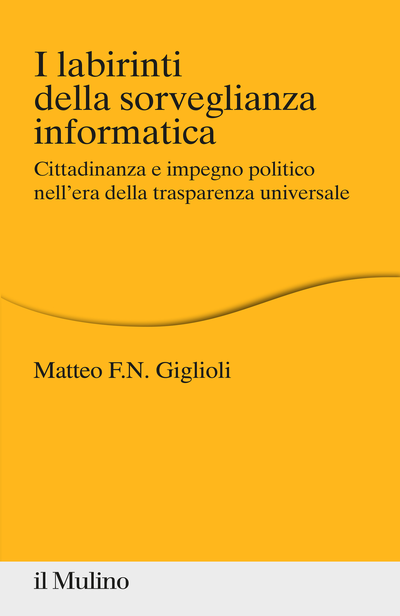 It is a short pamphlet that attempts to tease out certain social and political implications of the surveillance techniques enabled by modern digital technology.

Its analysis focuses on two aspects: the interplay of interests and the evolution of mentalities. With regard to the former, the book traces the complex equilibrium arising from the strategic interactions of governments, industry, and individuals; it shows how different preferences and capabilities give rise to unexpected consequences, where the main resource at stake is the asymmetric control of visibility. With regard to mentalities, the discussion emphasizes how social imagination as a whole is reshaped, including new ways of envisaging communication, the workplace, the private sphere, and mass anonymity.

The main conclusion is that, as opposed to previous historical surveillance paradigms, the current ones include endogenous mechanisms limiting the social exploitation of the information produced; however, although it remains discreet and by and large avoids friction, contemporary surveillance is all-pervasive, and thus inevitably productive of deep social change; the petri dish for such transformations, in turn, is the sphere of mass political mobilization in the age of disinformation and automated astroturfing.

Laura Sartori has discussed the book in a review article for Il Mulino magazine.

Unless otherwise noted, this work is licensed under a Creative Commons Attribution-ShareAlike 4.0 International License.

The header image is a detail from Centers of Attraction, a 1989 work by Samia Halaby.